The unique culture of Brazil and the firm set of values – an interview with a Brazilian – Melissa Antunes de Menezes. Get familiar with Brazilian culture and enhance your cultural knowledge of Brazil.

Although major intercultural differences and variations are evident in northern and southern Brazil due to its huge size which is as large as Europe but the language, regardless of the dialect is what keeps Brazilian’s intercultural communication so confederated.

Southern Brazil is a strict follower of its strong cultural norms. Brazil’s intercultural communication is effective and has a great impact on its workforce which helps making it a productive nation over all.

Brazilian culture is open to diversity thus making it colorful and intriguing. The dwellers of the Brazilian region are warm-welcoming, friendly and very helpful. They aren’t very informal except in business dealings, to superiors and with elderly people to whom they are very considerate. What’s more is that Brazilians don’t discriminate between professions, so, if you are a doctor, biologist or of any other profession, you will have the same status in the society as everyone else. However, social differences are present between privileged and under privileged people.

Talking about Brazilian cuisine, there is an array of dishes you can pick from and they don’t compromise on the taste or quality. Brazilian cuisine is also influenced by immigrant cuisine, making every cuisine taste rich and distinctly delicious. There is a variety of fruits too which are only unique to this place. Also, making food in Brazil is not very expensive; you will find ingredients at affordable prices.

Austrian culture is very much connected to classical music however Brazil is more towards other types of music. In Brazil, it is impossible to list the genre as it’s infinitely long amongst which the most well-known branch of music is Samba which by the way is also widely famous across the globe. The music has a history that is influenced by immigrants just like its food is. The people who immigrated to Brazil introduced their culture, ethics, values, taste and styles thud the music is rich and is a mix of different regions including African, Portuguese, Italian, Spanish, and Japanese and many more places which makes it distinct.

Another aspect of how the world sees Brazil is that it is a place where there is a lot of violence going on. Media usually exaggerates that Brazil is violent but that’s not entirely true, except in some regions.

Brazilians are considered liberal but not in every matter, the liberalism depends on their family background and neighborhood. For instance if we take a cross cultural view. In places like Austria its normal for women to dress however they want to, even if it’s too short whereas in Brazil its frowned upon if women wear too short clothes. It’s also not very safe for females to roam about in streets alone at night as well.  Austrians are open to different sexualities like gays but Brazil isn’t. Melissa said that she also found Austria safer for females as no one would bother them even if they were out late night.

Brazilian men have an edge over women in businesses and usually get higher positions in workplaces with better salary packages, however, this is not the case in main cities and bigger companies.  Brazilians are good communicators, when it comes to work Brazilians are professional and not too emotional. They like to follow a set curriculum and abide by work ethics. In business dealings, they are rigid but not impolite.  Brazilians have some really good socializing skills that help them build trustworthy relations with their business partners. Usually after meetings they have a, “happy hour,” in which employees and business partners may have a social gathering to celebrate.  Lunches, dinners and breaks for a drink are common amongst them along with work.

In Brazil you are expected to like soccer and do samba dance although it’s very difficult to do. Although Brazilians are open to diversity but to these cliché there is no other way around. Just like in Austria it’s expected from everyone to know how to ski and is known for its classical music as well.

Brazil is not a very cold region so when Melissa visited Austria in the extreme cold weather snow it seemed “magical” to her as it’s not a very common sight in Brazil.  According to her in former times Brazil used to be quite cold but because of drastic climatic changes it is also facing a seasonal revolution.

The experience of living in Brazil is very different to visiting it as a tourist. You might not be able to discover thoroughly and experience the diverse culture as a tourist as compared to when you are living there. To Brazilians, cultural values are very close to their hearts.  It is very important to have strong and good communication with Brazilians in order to build trust and improve cross culture communication.

On the contrary when talking about cross cultural communication, the Austrians are much more reserved and make small talks not only among themselves but with foreigners too.

On the bigger picture, Brazil is a great place if you are looking for a comfortable work environment or someplace which has a friendly atmosphere. It’s a place where you will be welcomed, a region of rich history, ethics and off-course delicious food! 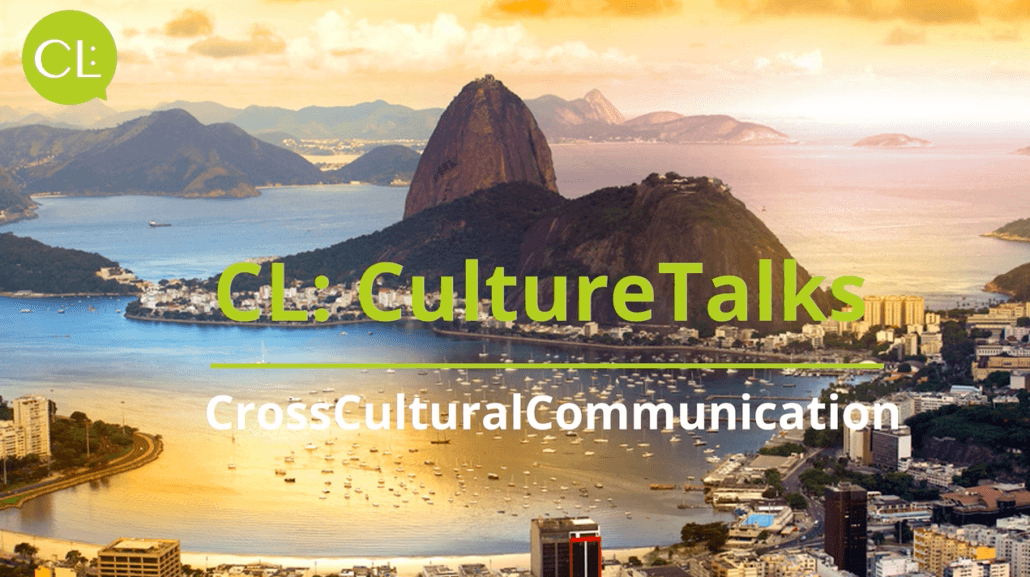 LEADING INTERNATIONAL TEAMS CAN BE CHALLENGING!
LET ME HELP YOU IMPROVE YOUR CROSS-CULTURAL COMMUNICATIONS